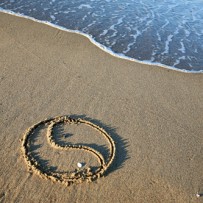 Testimonial: How Medicinal Herbs and Acupuncture helped me get pregnant twice


I started attending acupuncture with Suzanne in October 2015, after 2 failed IUI’s, 1 failed IVF and 1 failed ICSI. I eventually discovered that I had not only high natural killer cells, but highly toxic nkc’s.
I had been trying to conceive for 3 years. Sims clinic had told me they couldn’t do much else for us as they had tried all their methods of reducing my nkc’s, without success.

I contacted Suzanne willing to give acup a try if only for the stress relief side of things. I was hoping she might be able to help with my fertility issues but wasn’t pinning my hopes on it.

When I initially made contact with Suzanne we spoke on the phone and she asked me if I knew what my fertility issue was. I mentioned nkc’s and Suzanne responded by telling me she specialised in this area… I was skeptical but decided I had nothing to lose.

Suzanne asked me to give her 8 weeks to work with me. I agreed, reluctantly.. 8 weeks seemed a lifetime to me. We made an acup appointment for the following week but she asked me to call into her clinic before then so she could start me on mushroom supplements…

So at the end of October 2015, I began taking the mushroom supplements. On 5th Jan 2016, Sims did my bloods again and my consultant called me himself with the results…
He informed that not only were my levels down, they were below normal levels and the toxicity levels were below normal too. He told me to continue doing whatever it was I was doing. When I told him it was acupuncture and mushroom supplements, he said he knew they worked for ‘some’ women, but they couldn’t be sure which women these were!

I was pregnant on my first attempt at end Jan 2016 and delivered a perfect son in October 2016. I continued to take the mushroom supplements up until 14 weeks gestation.. Suzanne told me it was safe to stop at 12 weeks, but I was so nervous to stop them. I had no need to be, I had a super pregnancy.. I attended acup weekly also.

Suzanne Cafferky only uses single sterilised disposable needles. Acupuncture is a safe procedure when administered by an affiliated member of Acupuncture Council of Ireland (ACI).

As the diameters of the needles are about the thickness of a hair, treatments are usually painless. It is usually after the needle is inserted when the patient starts to notice any sensation from tingling, heat or even a sense of movement within the channel.

Individual treatment plans for every patient Depending on the needs, depth and duration of the disease or problem Aim is to help the patient feel better as soon as possible